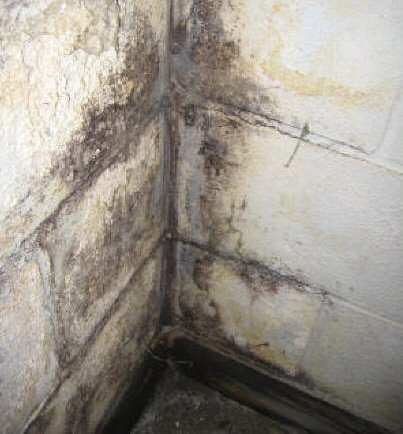 Mold spreads like any other living organism; it reproduces and grows in wetlands. Where there is humidity there is always a high probability of condensation and, consequently, mold.
Mold spores are always present in the air, both inside and outside a building.

Without a valid anti-mold treatment, the spores meet conditions favourable to the proliferation, especially in rather humid environments. As time passes, they begin to grow and spread. There are moulds that can grow on wood, paper, carpets and even on food. In general, any surface can be affected by mold.

It has been found empirically that, in walls treated with Nanoceramix and/or with Insuladd paints, eventual mould formations are slowed down or eliminated.

The anti-mold power of Nanoceramix in homes

When moisture accumulates on an internal surface, mold or fungus formation occurs, especially when moisture accumulation is not detected immediately. What Nanoceramix contrasts is precisely this ability to take root on the painted walls of the building, with an innovative method.

Nanoceramix (and in the same way all Insuladd products) creates on the treated surface a macroporous thermoreflective texture that promotes the dissipation and dispersion of water vapor, prevents the formation of condensation thus fighting the proliferation of mold.

The water vapor that is located near an inner wall treated with Nanoceramix is dissipated by the continuous passage of reflected heat, and then breathes through the wall thanks to the macroporosity of the radiant barrier composed of ceramic nanospheres.

It is important to emphasize that the anti-mold and condensation action of Nanoceramix is a physical and non-chemical process.
The classic anti-mold treatments are based on anti-fouling active ingredients, which chemically inhibit the formation of microorganisms on the walls.

Chemical treatments are unhealthy (especially if used in a house) and have a limited duration, since the active substances conveyed tend to run out over time, and you are forced to treat the surface again.

Nanoceramix’s performance is stable. Ceramic nanospheres are resistant, non-toxic, and retain their thermoreflective power over time.
Thermoreflection is a physical phenomenon, therefore it does not have a limited duration or efficiency peaks, it is a phenomenon that happens continuously and is a characteristic of the special nanocoating, chemically inert, that envelops each nanosphere.

Nanoceramix is inorganic, does not constitute nourishment for microorganisms that are responsible for mold formation. In addition, ceramic nanospheres are hydrophobic (water-resistant), so they prolong the life of the painting in which they are contained, especially in environments with a high concentration of water vapor.
In fact, normal painting, crossed by a large amount of water vapor, may not be completely disposed of, tending to impregnate, favoring the proliferation of mold and gradually detaching.

Nanoceramix contrasts the absorption of moisture: the ceramic nanosphere, being waterproof, promotes the passage of water vapor without soaking, and gives the paint that contains it similar properties, improving the transpiration and health of the property.
Nanoceramix can be added to any type of indoor paint and in addition to making it thermoreflective it can fight mold, with stable performance over time, counteracting moisture accumulation problems depending on causes inside the building.

Nanoceramix does not alter the washability of the paint, thanks to the patented nanotechnological coating, which in addition to being thermoreflective is hydrophobic.
Thanks to this feature, nanoceramized paint absorbs less moisture and gets dirty less easily, maintaining the same values of breathability.
Nanoceramix increases the drying speed of the paint, and, similarly, thanks to the thermoreflection “dries” the surface state of the wall, visibly counteracting the phenomenon of surface condensation.

The anti-mold power of Nanoceramix outside homes 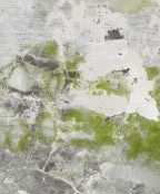 Even in the walls exposed to the outside can trigger processes of formation of mold, fungi and similar incrustations, with flaking of the paint layers and progressive deterioration of the cover.

These phenomena can be caused by various external factors, such as the proximity to basins and water reservoirs (rivers, lakes, open-air pipelines, coastal areas), or the lack of sun exposure caused by perennial shadow zones or walls to the north; In addition, one of the recurrent causes is the location of the building in climatic areas characterized by a high level of humidity or precipitation.

Other factors, related to the building’s construction elements, can cause mold-like and related formation on the exterior walls.
The use of inappropriate plasters, or highly absorbent, the presence of thermal bridges, an inaccurate waterproofing of the roof, leakage of water pipes inside the wall etc. are the main causes contributing to the formation of unwanted micro-organisms outside the home.

What could be countered with Insuladd products is both the accumulation of moisture in the walls, and the negative contribution of moisture from external environmental causes. A first step is of course to add Nanoceramix to the two final outer coating layers. In addition to creating a radiant thermoreflective barrier, it creates hostile conditions for mold formation.

The ceramic nanospheres contained in the final layers of the external coating, thanks to the phenomenon of thermoreflection, dissipate the water vapor in and out, favoring the disposal of accumulations of surface condensation.